Fly the W for Lennie Merullo, the last 1945 Chicago Cub!

About fifteen years ago, I was doing some research for my book, Oliver’s Game, when I came across a familiar name: Lennie Merullo. This Lennie Merullo played shortstop for the 1945 Chicago Cubs, the last time the Cubs made it to the World Series. But the Lennie Merullo I knew was my elementary school gym teacher.

So I tracked down my old gym teacher, and he confirmed that the Chicago Cub Lennie Merullo was, in fact, his uncle. Not only that, but he was still around, and lived a couple towns over from me. Lennie Merullo, the gym teacher, even gave me his uncle's phone number.

So I called Lennie Merullo, the shortstop, hoping he might agree to meet with me to answer a few questions. He was very nice, and offered to stop by my apartment for a visit, which was perfect, because I hoped that if the interview went well, he might be willing to pose for me as one of the main characters in the book, Grandpa Hall. I had built a fake baseball card store in my basement to use as the setting for my story (Grandpa Hall ran a store called Hall's Nostalgia). Having an actual member of the 1945 Cubs pose in the baseball card store I had created sounded too good to be true!

I had some questions prepared, but as soon as Lennie walked in and saw all the old memorabilia, especially the 1942 Cubs jersey, he just started talking. He told amazing, vivid stories about his playing days, stuff I would never have thought to ask about. I don’t think I even ended up asking any questions. I just listened.

He had met Babe Ruth and come up to bat against Satchel Paige. He had once committed 4 errors in the same inning, but he had a good excuse: he had just learned that his wife had given birth to their first child.

He brought an old gym bag filled with all kinds of things, including an authentic Wrigley Field “W” flag, which came with a funny story I don’t completely remember about a goofy teammate who thought the "W" stood for “weather”. I remember Lennie cracking up, saying, “He thought it meant ‘Weather Flag!”.

He was happy to pose as Grandpa Hall (though he was mildly offended when I asked him to use a cane as a prop). I realized quickly that I didn’t even have to explain who this character was. Grandpa Hall was a man who loved baseball to his core, even years after his ability to play the game had been taken away from him. Grandpa Hall said that every item in his shop had a story to tell. I didn't need to describe the character to Lennie Merullo because he was the character. It was magical.

When Oliver's Game was published, Lennie and his wife came to the book release party. He even signed some books, if I remember correctly. Over the years he surprised me at a few other book events. It was always great to see him, and he never got tired of talking about baseball.

When Lennie passed away last year at the age of 98, he was the last remaining member of the 1945 Chicago Cubs World Series team. I wish he could have stuck around one more year. I’ll be thinking of him tonight, when the Cubs play in game 7 of the World Series. 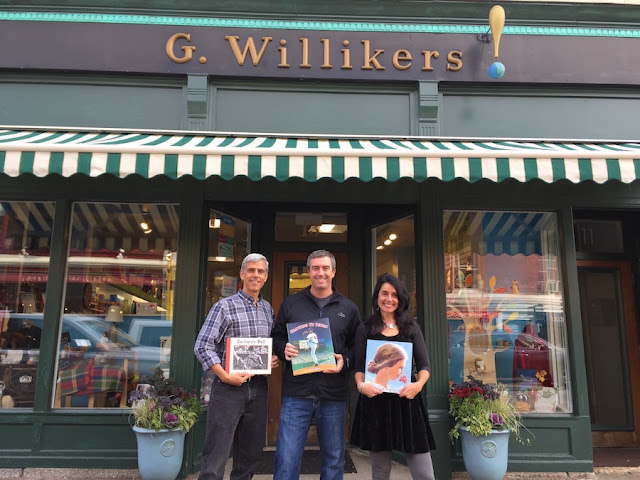 I'm very excited about my new partnership with my friends at G. Willikers, a family-owned and operated book and toy store in the heart of downtown Portsmouth, New Hampshire.

Now when you purchase signed books through my website, you'll be getting way better customer service than I could ever provide, and you'll be supporting an awesome local business.

To buy signed books, you can shop online or just give Bob and Jody a call and they'll be happy to help you out. They are super nice and they'll make sure you find just what you're looking for. 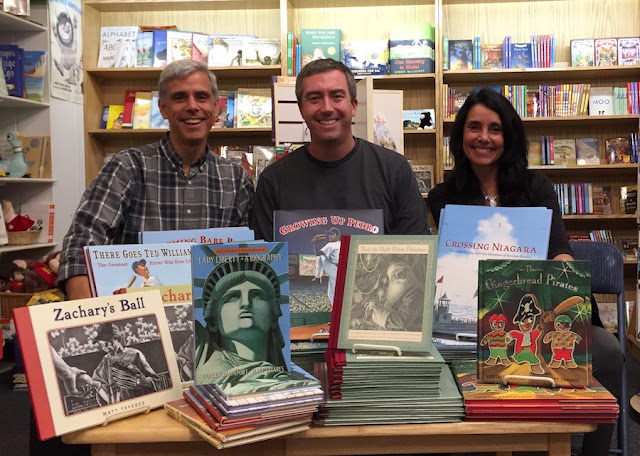 Posted by Matt Tavares at 8:29 AM No comments: Links to this post