Ted Williams, Arthur Griffin, and me...

I've got some very exciting news about my upcoming book, There Goes Ted Williams. But first, a little background...

One day during the 1939 baseball season, acclaimed photographer Arthur Griffin spent a couple hours at Fenway Park, taking pictures of lanky Red Sox rookie, Ted Williams. Griffin took several rolls of pictures using his usual 35mm black and white camera, but he also brought along a new 4"x 5" view camera, because Eastman Kodak had asked him if he would test out their newly-created color film.

These color photos that Griffin took of Ted Williams back in 1939 are some of the most beautiful baseball photographs I've ever seen, and the very first color photographs ever taken of Ted Williams. It's amazing to see him in full color at 20 years old. You can tell why they called him "The Kid".

You my have seen some of these pictures without even realizing it. Remember this image of Ted Williams that graced the cover of Sports Illustrated after he passed away in 2002? This is one of the pictures Arthur Griffin took that day in 1939: 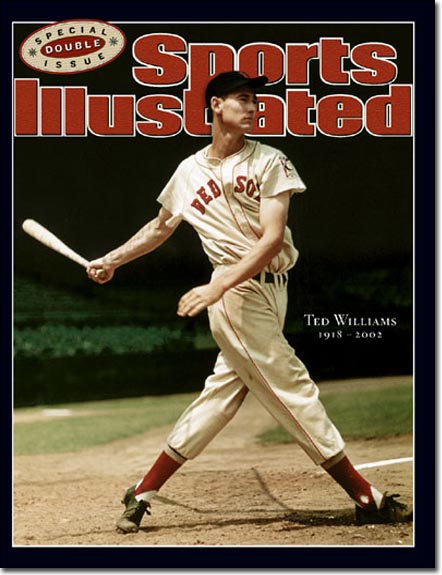 Fast forward to October of 2011. A family friend visited my parents, and brought a gift to pass along to me- two photographs of Ted Williams that had belonged to her husband, a childhood friend of my father's, who passed away recently. They didn't mean much to her, and she thought I might appreciate them, since she knew I had been working on a book about Ted Williams. Here they are: 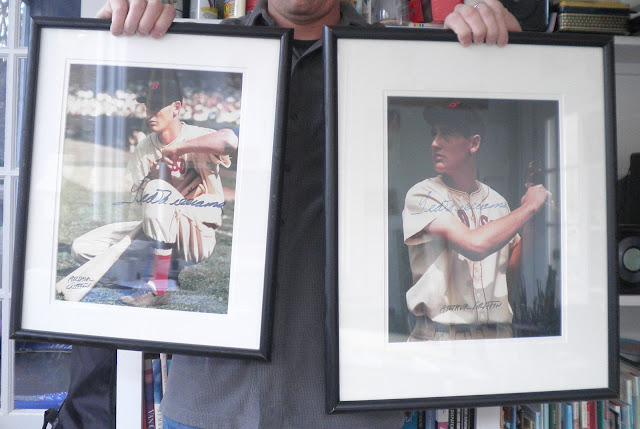 I'm sure she could have gotten a lot of money for these treasures, and I'm blown away that she decided to give them to me. Here's a closer look at each:


Getting this amazing gift gave me an idea. I was hoping to find somewhere in the Boston area to host a launch party for There Goes Ted Williams. Seeing these pictures made me think that maybe the Arthur Griffin Museum in my hometown, Winchester, Massachusetts would be the perfect place. I could sign copies of my book while people enjoy an exhibit of Arthur Griffin's amazing Ted Williams photographs.

To make a long story slightly less long... I mentioned the idea to Judy Manzo, bookseller extraordinaire and owner of my hometown independent bookstore, Book Ends. She loved the idea, and offered to show an advance copy of the book to the people at the Arthur Griffin Museum, which she did. Their response was so much better than I even hoped for. They don't just want to host a launch party. They want to host an exhibit of Arthur Griffin's 1939 photographs AND my original artwork from my book, There Goes Ted Williams!

So that's the exciting news! I'll have more formal promo materials as the date approaches, but for now, here are the details:

I'm really looking forward to this, and I'm so honored to know that my Ted Williams illustrations will be up on the wall with Arther Griffin's photographs. If you're anywhere near Winchester, Mass, I hope to see you at the opening!